If you’re looking to grow as a professional, you’ve come to the right place!

When a candidate resume lands in my inbox, my first thought is one of curiosity.

At best, a resume is a stepping stone to understanding a candidate. At worst, it can cast a fog over their true potential. In both cases, there is only one way to seek out the truth: curious recruiters are compelled to ask questions.

This is where it can get frustrating for certain candidates. On any given day, they might speak to multiple recruiters and hiring managers, many of whom will be asking them the same things. It is all too easy to shut off like a clam and utter that fatal phrase “it’s all on my resume.”

I don’t know about you, but my career certainly can’t be condensed on to two sheets of paper. A resume is an invitation to explore, not a detailed map. When a candidate writes their resume, they know what they mean, but there are often many grey areas that require clarification and further discussion.

That is why curious recruiters ask so many questions. We want to dig deeper, teasing out the potential and piecing together the jigsaw. We also need to avoid potential land mines.

Let me share a simple example of an easy misunderstanding that had dire consequences: A previous candidate listed their Bachelor’s Degree on their resume, but omitted the date of graduation. We did not think to ask about this, and when it got to offer stage, it turned out that they hadn’t finished the course. They assumed that not putting the date on their resume would indicate this. Unfortunately, this didn’t stop the employer from pulling the offer because they felt they were misled. They told me that the candidate’s assumption may have been a legitimate mistake/assumption but where will it end if they were hired? What could they potentially do on the job that might hurt the company with this type of thinking.

In the same vein, it is crucial to clarify exactly what each role entailed. No one Software Engineer is the same. Although two resumes might look similar in their standardized language, the experience behind the words can often differ wildly. Some candidates might emphasize certain things on their resume. If other aspects are important for a given role, their absence on a resume doesn’t necessarily mean that they are not part of a candidate’s skill set.

Again, we have to give our curiosity free rein.

Building an understanding and avoiding assumptions

Despite the two previous examples, a recruiter’s role is not to play the inquisitor, seeking to blow holes in someone’s personal proposition. We want to give our candidates the chance to shine. We want to coach them to present their experience in the best possible way at interview. Even if they don’t get the job, we have then build a level of understanding that would undoubtedly be useful in the future.

Asking (and answering) questions takes time and effort on both sides, but if assumptions are avoided, and understanding is built, we are in the best possible place to ensure a successful conclusion. We want you to get the job, but we have to have the ammo to help you get there.

Finally, we are always delighted when candidates have questions for us. We can never know every aspect of a role, but if the question is important enough for the candidate to ask, we will do our best to find out for them. Asking and answering questions builds trust, and trust is crucial when people’s careers are on the line.

Good recruiters don’t want to be annoying; they just want to get to know you.

We are also pleased to offer this 5-minute video: Effective Resume Preparation 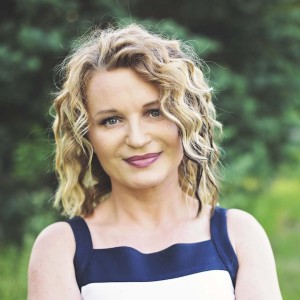